10 more days til we depart to a hot July in TLV city, followed by an even hotter August in NYC. Somehow it happened that this month in Israel became kind of a little performance tour, where I have three different gigs:

Immediately upon arrival, on Wednesday 29/6 there will be an improv show at Ilan volkov's "Hafarot Seder" festival. It will be a kind of an improvisational sketch for something I've been wanting to do for a very long time now: a piece for drumming and drummers. So my beautiful performers will be joined by the wonderful musicians Hagai Freshtman and Alex DROOL Yanovich, and as if this isn't enough, we are also truly privileged to have in our show an amazing artist who puts the D in diva, my hero and a rare inspirational force in Israeli theater. I'm talking about the one and only Smadar Yaaron. Together, we will make something we decided to call "who gave you a license": 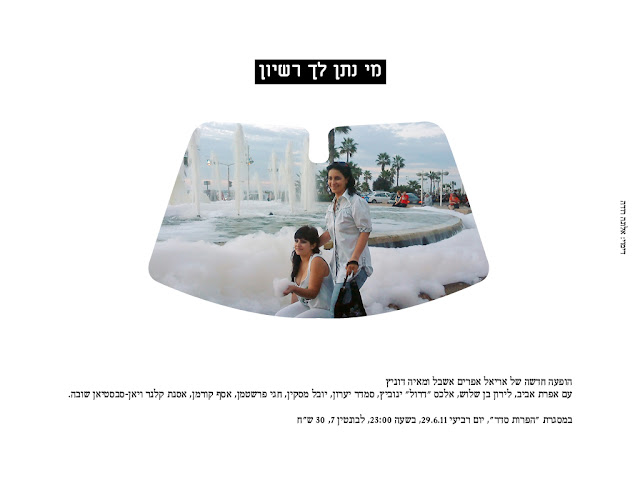 And here is the program for the entire festival:

Later that week, on Saturday 2/7, the Schub, Yos Kelner, Mitzi Hadari and me will perform a new-ish thing called "Haifa Gymnastics". The occasion is the opening of an exhibition at Haifa Museum of Art, which is now being re-opened with new chief curator Ruti Direktor. The exhibition is titled "a line made by walking" after the famous work by artist Richard Long, made in 1967, and will explore different ways in which movement and image making are entangled. In the opening, we will present Samuel Beckett's 1982 composition "Quad", offer our services to whomever is interested in learning it, and hopefully create an interactive version of the piece with the audience. The play, which is the most abstract Beckett wrote, is actually a set of very detailed instructions for four performers walking in a square. It looks like this: 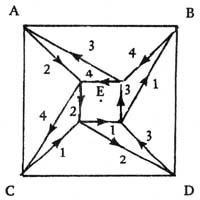 And this the original version, produced in germany and directed by Beckett himself:

Since you don't really need any special skills to perform this thing, you just to know how to plan where you're walking, we will hopefully get the public's cooperation and make a new, interactive version of this play. I already did something with this play while I was in school, so I'm very much looking forward to dealing with it again, and if the audience will be responsive it should be fun. Here's the invitation: 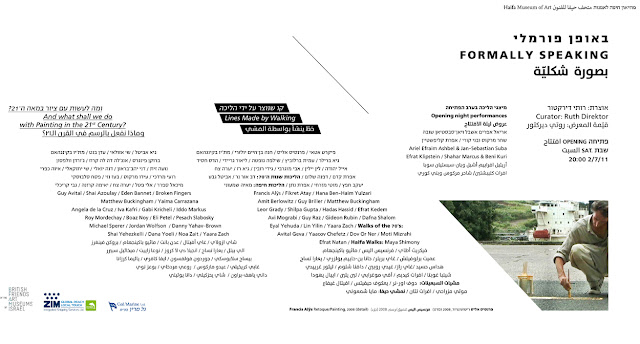 The third thing will be a restaging of "Shlager", a musical-theatrical piece by Musica Nova group, created by Amnon Wolman, Avigail Arnheim, Noa Frenkel and myself. We made it last year and will present it again at the lovely "City House" (beit hair) in Bialik Square in Tel Aviv. The piece is based on texts that avigail wrote, following her experiences producing, curating, initiating and promoting musical events for the Tel Aviv municipality music department. It's naturally a bureaucratic hell so the materials invite many absurd, viciously funny moments. I'm sure that the location, being the official Tel Aviv history museum, will help contextualize the piece and will make it readable in a new way. The shows are 18-20/7.

Then we're going to New Jersey for a month to work/think/hang out with Keren Rosenbaum. But that's a whole different story.