So we just got back from 4 adventurous days in Landan town, where we went to celebrate two occasions: Romm's Birthday and the last concert in Maya's series "Hit & Run" in Dalston's Experimental music venue Cafe Oto. The gig was a proper free-form impro featuring some musicians that Maya invited, including the sweet, brazilian born amsterdam based Saxophonist Yedo Gibson and my dear beloved friend Keren Rosenbaum, who just came back with Maya from Amsterdam where they performed Keren's new composition, as part of the Notations 21 festival, exhibition and book launch. Check it out:

At the Barbican, there is a historical, retrospective-ish exhibition featuring three pioneers of the NY 70's scene: Gordon Matta Clarck, Trisha Brown (they love her in London - last year there was a huge tribute in Dance Umbrella Festival - probably because the UK's dance scene is somewhat dull, not to say lame) and one of my all time favorites, Laurie Anderson. Some of the works that ms. Anderson made in the 70's remained beautifully relevant, and also some of them bear funny resemblance to stuff that Maya, Reshef and me did recently, when we worked on "Chikos" and "Friday". And actually this makes me think it's a good opportunity to put some of these stuff here in the blog.
So here is a short clip from Chikos:


And here's a little moment from Friday (also Spartacus Chetwynd's performance which I'm mentioning down here reminded me how much I actually enjoyed that thing we did last year in the CCA in Kalisher and made me realize we should definitely explore it more):

Continuing the line of sound-art, one morning Dus showed me this amazing video:


Another dear friend I was very happy to meet again was the lovely James Unsworth, artist whose responsible, among many other scandals, to the initiation of the world's first Ninja Turtle Sex Museum:

James invited us to join him to the opening of Spartacus Chetwynd's exhibition @ Sadie Coles Gallery. Chetwynd makes very cool performances and this was definitely one of them. A clearly cool factor was the fact that the gallery's smoke detectives couldn't really deal with the smoke machines she brought in and the opening was accompanied by the alarm. This and the huge rubber slide you could use to get to the lower level were the highlights. And the free beer.

Here are images and vids from other performances by Chetwynd, made in recent years and selected randomly: 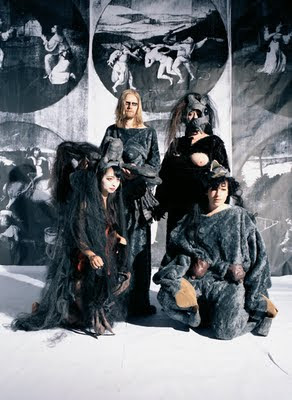 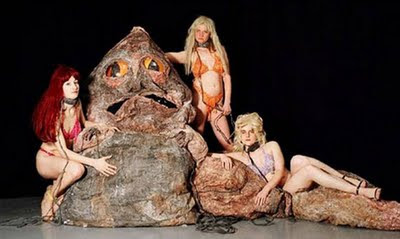 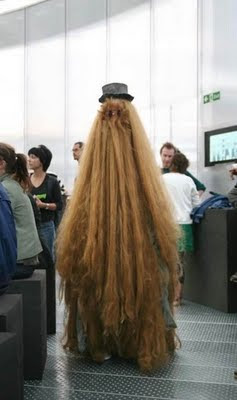 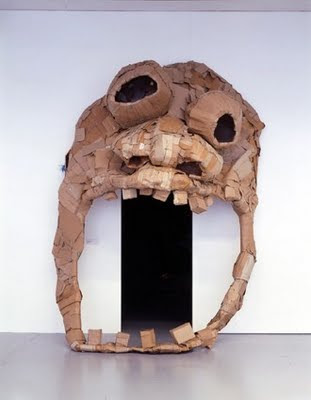 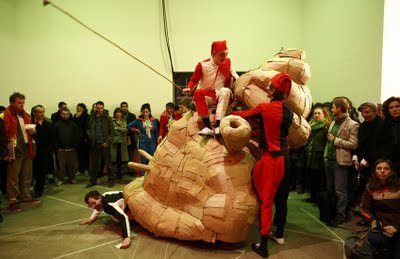 A Tax Haven Run by Women from Charlottenborg on Vimeo.

The BFI at Southbank is having a Russian season this year, and we were there as they screened Eisenstein's "The Old and The New", a very weird, almost surrealist in style and approach, epic about the collectivization and mechanization of agriculture in Russian Villages in the 1920's. Filmed in various villages around Moscow from 1927, the work on the film was interrupted when Eisenstein was called to shoot his well known "October" that marked the 10th anniversary of the revolution. Being aware of the new sound technologies introduced during the 20's talking era, Eisentsein wrote instructions to what he thought would be a suitable soundtrack for his film, but he couldn't find the funding to record this score. The BFI gave these instructions to two british composers and commissioned the score from them. So far so good, only thing that went wrong is that these guys are slightly too boring and their music was way behind of this exceptional film. Here you have the entire thing, next time you have free 120 min. I especially liked the bride-cow scene. 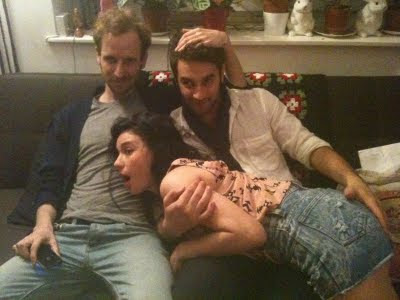 All in all it was fun, and it's also very nice to be back "home". Funny this word is.