So we're back home in Berlin, after five days as members of the Jewish Renaissance Movement in Poland, and the entertainment committee of the union of the extras in Yael Bartnana's films.

Here's (some of) the story in pictures:

The city is kind of a disneyland, trashed completely by the Nazis and then reconstructed to look exactly the same. Walking the street where our hotel was really felt like strolling in a film set. In general, the whole experience was a funny mixture of fiction and "reality". 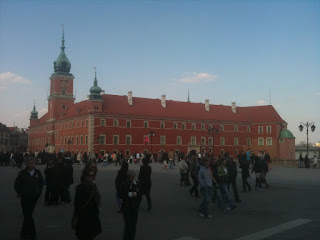 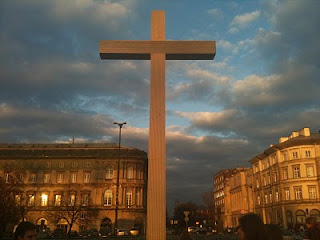 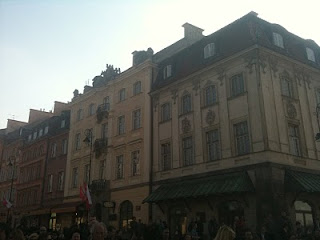 Some pix from the set: 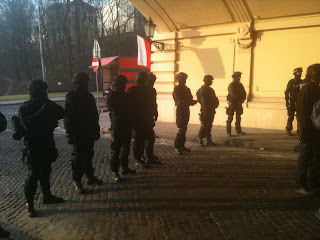 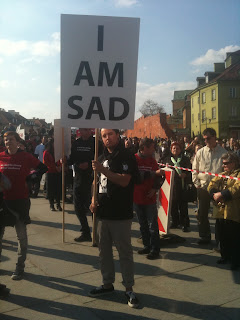 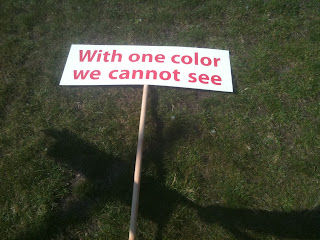 The Tomb of the unknown soldier, dedicated to Polish soldiers that died in WW1. Next to the eternal flame there is a 24/7 honor guard of two soldiers:

One of the days we were filming in the Palace of Culture, Stalin's imposed gift to the people of Warsaw and one of the most shameless buildings I've ever seen. It wasn't, however, merely the impossible size or the weird, gotham-city-sque appearance of it that was so appealing (huge Batman fan here); The crazy theater inside was just unbelievable. Huge stage with a beautiful grey curtains, ridiculous ceiling, and the best feature by far: every one of the thousands seats in the house has it's own personal mono speaker! You gotta love those fucked up dictators 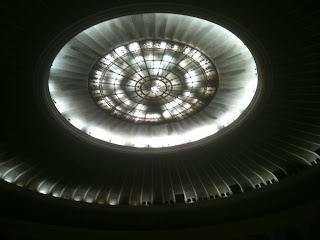 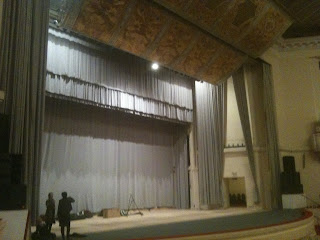 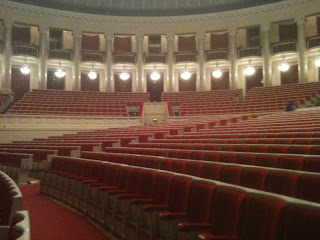 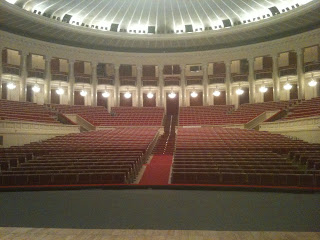